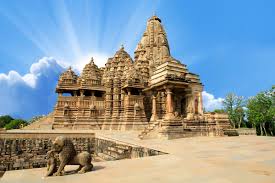 Meet and assistance on arrival and transfer to hotel. Check-in at hotel 1200 noon . Overnight at hotel.

Transfer to Delhi airport and board flight for Varanasi. You are met on arrival for transfer to hotel.

Morning Boat ride on the holy river Ganges - (1 ½ hours) Over three miles in length, steps lead down from a steep bank to the sacred river. The time to see the Ghats is early dawn when out of the morning mist, forms descend the steps, their numbers increasing by the minute until a solemn silent multitude, lit by the sun’s first rays, moves in the same direction to immerse itself in the holy stream and to salute the sun.  These rituals remind one of the nature worship prevalent in India during the Aryan age, 3,000 years ago.  The Ghats extend to almost four miles of riverbank.  During this particular sightseeing no monuments are visited. See the Bathing Ghats, Cremation Ghats, The Gyanvapi Mosque built in the 17th century when the fanatical Emperor Aurangazeb pulled down the original Vishwanath Golden Temple and on its site raised a mosque. After the boat ride visit the Golden Temple and walk through the narrow lanes of Varanasi.

Afternoon Excursion to Sarnath - 10 kms. From Varanasi - (3 hours) The Buddha preached his first sermon to five disciples at the Deer Park here, enshrining the principals of his teaching into laws.  The Dhamek Stupa marks the location of a once resplendent monastery.  A large complex of ruined monasteries covers the area north of the stupas. Some of the buildings belong to the Kushan and Gupta period. The first monk communities probably settled here in the 3rd century BC.  Near the Dhamek Stupa is a new monastery built by the Buddhist Mahabodhi Society.  The major events of Buddha’s life are depicted here in wall paintings by a Japanese artist.  Sarnath has an interesting archaeological museum which has preserved the famous Sarnath pillar whose capital forms India’s national emblem. Visit the Dhamekh Stupa and Mulgandkuti Vihar.

In time transfer to airport to board flight for Mumbai. Meet and assistance on arrival and transfer to hotel.

Afternoon sightseeing tour of the temples. Return to your hotel for overnight.

After breakfast drive to Jhansi, enroute visit to Orcha and later in time transfer to station to board train for Agra. You are met on arrival for transfer to your hotel.

Morning tour to the Taj Mahal & Agra Fort. Visit the world famous Taj Mahal built by Shah Jahan in 1560 in memory of his queen Mumtaz Mahal to enshrine her mortal remains. This architectural marvel is a perfectly proportioned masterpiece fashioned from white marble that stands testimony to the skill of 20,000 craftsmen brought together from Persia, Turkey, France  and  Italy  and  who  took  17  years  to complete this 'Love Poem in Marble'. (Friday closed). Later visit the Agra fort containing the halls of private & public audiences & other palaces. Shah Jahan spent here years of confinement at the hands of his son Aurangzeb, looking wistfully at the Taj Mahal from the Fort. Overnight in Agra.

Depart Agra for Jaipur by car. Enroute visit Fatehpur Sikri, built by Emperor Akbar in 1569 and abandoned after 15 years due to scarcity of water. The Fatehpur Sikri complex houses tomb of Salim Chisti, Panch Mahal and other palaces, which surprisingly have withstood the ravages of time and are still in good condition. On arrival check-in at your hotel. Remainder of the day is at leisure.

Morning excursion to the Amber Fort. Standing tall over a small hillock overlooking the Pink city, Amber is a classic, romantic Rajasthani Fort-Palace. Miniatures painted on the walls depict hunting and war scenes, apart from festivals.  Precious stones and mirrors are embedded into the plaster. A major attraction at Amber is the Elephant Ride, all the way up to the Fort entrance.

Afternoon tour begins with a visit to the Maharaja's City Palace, - the former Royal residence, - part of it converted into a museum. One of the major attractions in the museum is the portion known as Armoury Museum, housing an impressive   array   of   weaponry -pistols, blunderbusses, flintlocks, swords, rifles and daggers. Also see the miniature items and old carpets at the Textile Museum. Later visit the Jantar Mantar, which is the largest stone-and-marble-crafted Observatory in the world. Situated near the gate of the city palace, the Observatory has 17 large instruments, many of them still in working condition.

Morning departure to Delhi by road and on arrival check in at your hotel. Remainder of the day is at leisure.

Later on transfer to Delhi airport and board your onward/return flight.